If it’s Worth Doing, It’s Worth Redoing.

It’s true as a writer. There has never been a first draft that I didn’t think was perfect …. until I reread what I wrote. I still love the first draft more than any other, because that’s where the wonders come. That’s where God first whispers the stories in my ear. But it’s in the redoing that the stories are perfected. I hate the heat of the crucible, but I love the brilliant purity of the results. 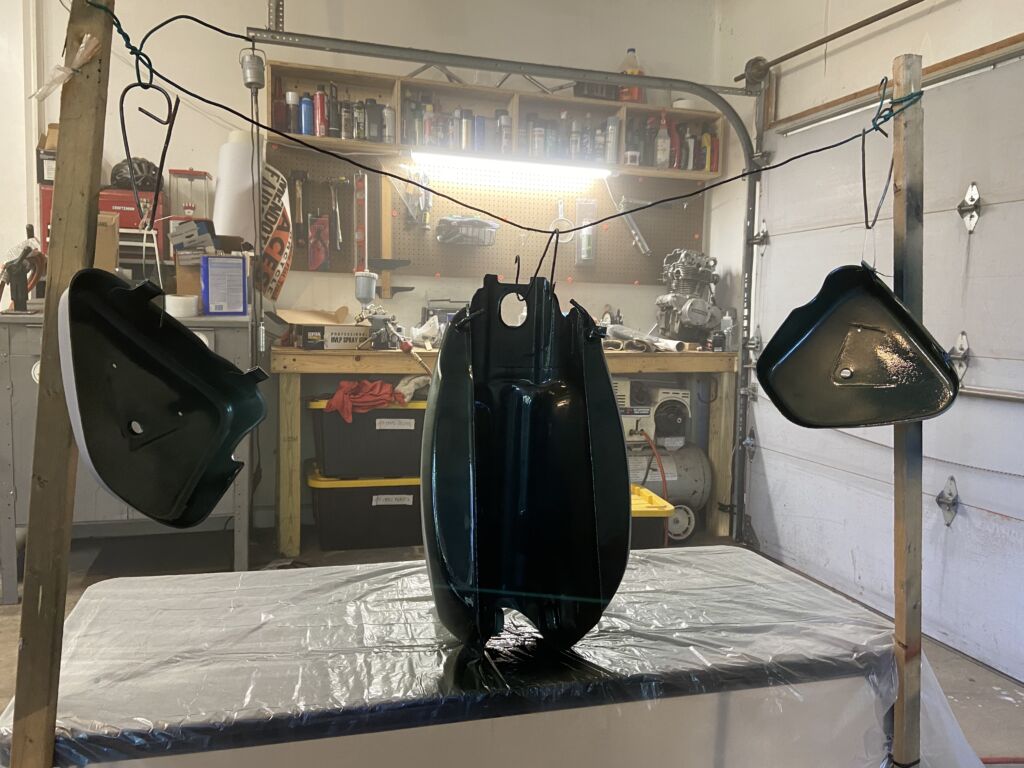 Yesterday, I experienced this as a motorcycle builder.

Truth told, I’m not a great painter. My bikes turn out perfect only because I’m willing to rework them over and over until they’re right — and that was yesterday … and today. I painted the gas tank and side covers for my latest build, a 1971 Honda CL450. I usually wait until the middle of a project to do paint work, after everything else has been torn down, cleaned, polished and is ready for rebuilding. This time I decided to go to paint first, with hope of riding the bike for a couple of weeks before breaking it down and recrafting it as my winter project. Anyhow, nothing went right, except that I learned a bunch of stuff in the process. First, I built a great painting jig — that was a win. I laid two nice wet coats of base — that was a win too. Then I applied the mask for the graphic and the paint — nothing went right after that. Last night, after a full day of painting, I stripped it back to the metal and started over. This morning I got up early and primed it and now it’s time to go back and see if I have enough base coat to cover it. It will be perfect. Or, I’ll do it all over again.

The willingness to redo gets expensive. It’s one of the reasons I don’t like to add up how much time and money I have invested in a project. But, I know that in a world where Mr. Miyagi doesn’t exist, or at least doesn’t teach how to paint a motorcycle tank, this is how I learn.

There is no pass/fail, good/bad, very few things are binary as long as learning is involved. Or, if it is binary, most everything can be counted as good.